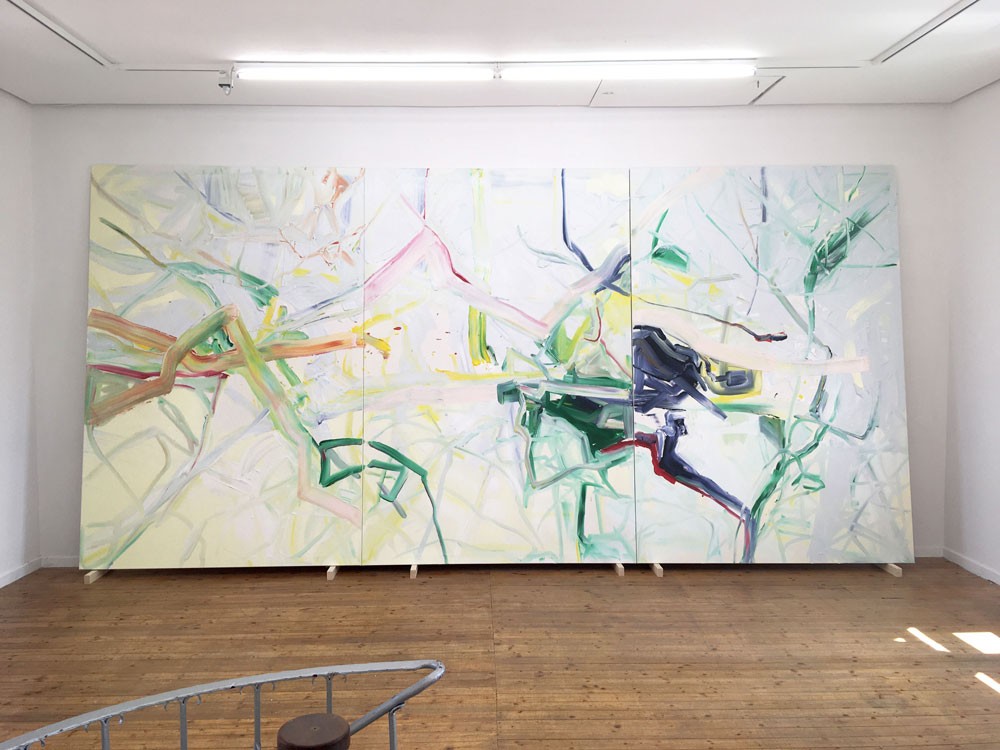 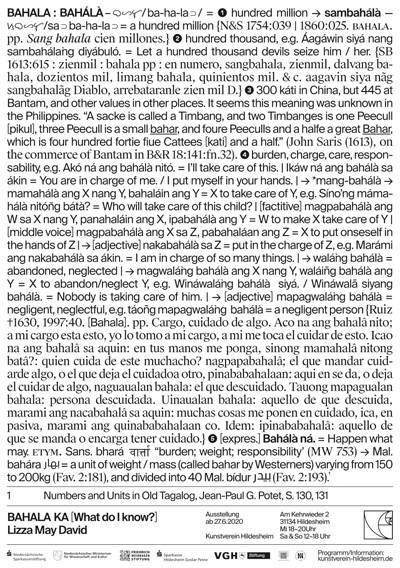 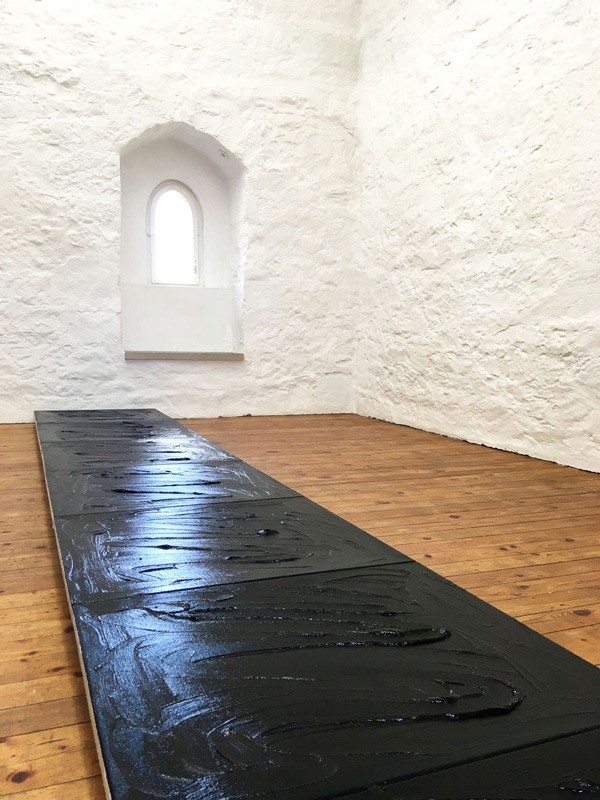 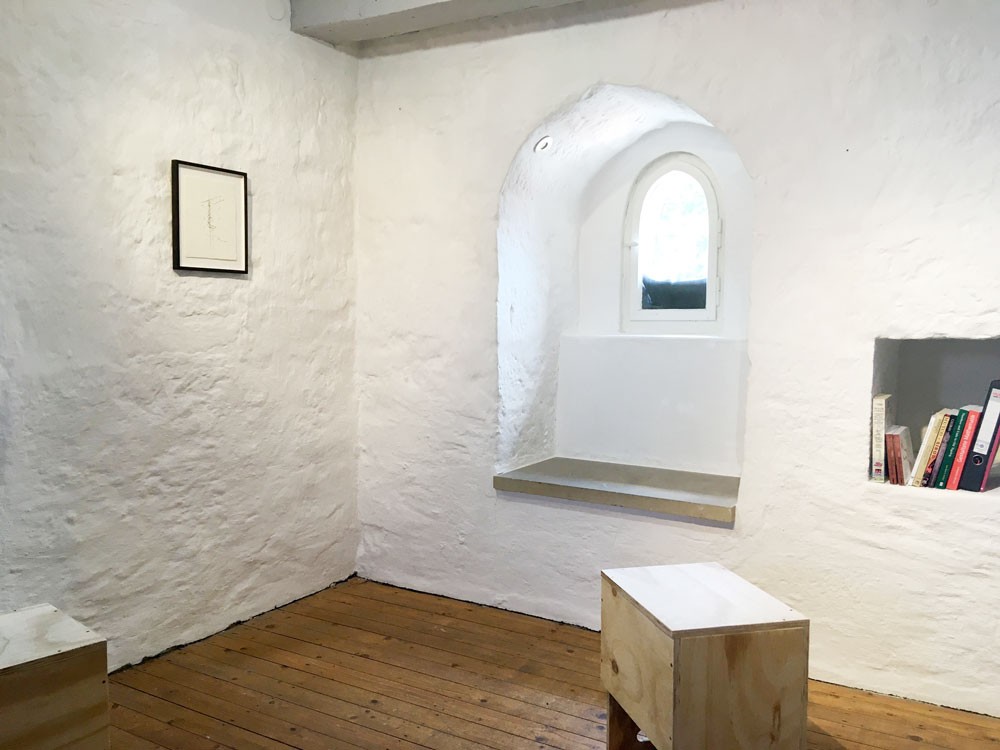 BAHALA KA [What do I know?]
2020, Kunstverein Hildesheim, Germany

In her solo exhibition Bahala Ka [What do I know?], Lizza May David shows small and large-scale oil paintings, inspired by texts on precolonial Philippines. Going beyond visual representation, her paintings suggest imaginations of non-time/-spaces, and are re-located through a dialog with the element of air, circulating through the architecture of the Kehrwiederturm.
Out of an examination with the Western canon of art and the production of knowledge as well as questioning the academic production of knowledge, Lizza May David has also developed works in 2020 in Manila for the exhibition Untitled Painting Nr. 1 – [infinity], which addresses the concept of not-knowing as well as the endlessness of space in relation to the body. She based this work on images produced by the Philippine earth observation satellites “Diwata-2”, a name which means “Shepherd of the Heavens” in Philippine mythology. In the exhibition, the artist unites an examination on the perspective of the gaze (from above, mediated mechanically) with experiences of subjectivity in painting. Her pursuit of not-knowing/the Unknown is therefore to be understood as an important starting point and focus in her works.
The exhibition title is composed of a reference to not-knowing (“What do I know?”) as well as the expression “Bahala ka”, which can not only indicate a large number (Bahala: one hundred million) but can also mean “I leave it to you” (Bahala ka).[1] An expression that through its ambiguity, is telling of precolonial mathematical numbering as well as the measurement of value and attributions of social responsibility.

Lizza May David is interested in affects and moments that elude representability, which lead again and again to experimental approaches for the very same reason. She does not assume the existing binary simplifications of the world, but rather thinks relationally in crossroads, turning points, overlapping and branching out. Often she expands her painting and drawing with filmic elements, and in this way, creates space-consuming installations. The artist finds forms of expression to questions regarding identity, work, migration, forms of remembering, as well as (not-)knowing.

[1]“Bahala” is translated from Tagalog of the 16th century to “one hundred million” {Noceda & San Lucar, 1754, cited by Jean-Paul G. Potet}. According to Ricardo Manapat, for numbers that are more than one hundred million, one says “Bahala ka” (=“I leave it to you”) {Francisco Blancas de San Jose, Arte y reglas de la lenqua Tagala,1610, cited in Manapat’s Mathematical Ideas, 332}. “Bahala” also means “God of the Heavens” in the creation story of Luzon, and references its Sanskrit origin as “bhará” (=responsibility, weight, burden).