The town Hof is located at the former East-Germany border in Northern Bavaria. For this exibition I worked on issues related to the small airport located there. since the last 10 years it is in public discussion because of its planned expansion: Is this necessary to be able to keep up with economic developments? For the rather small town the planned expansion is a project which splits the inhabitants of Hof. The areal turned up to be an emotional projection surface, which shows intensive hope and fears of this region.

Therein I was interested to question the media representation of democratic decision-making. For this I imitated a waiting room with original seats of the airport and installed it in the exhibition space in Hof. In the central you can find an archive, were the audience can get an insight in the barometer of public opinion. It is made out of copies of all newspaper reports in the years 1997-2005.

In another level I was interested how my conceptional approach works in a rather traditional exhibition space, where the audience is used on landscape painting. How is the reception of the audience to this approach? 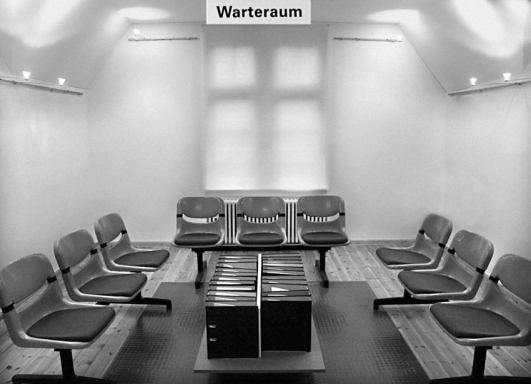 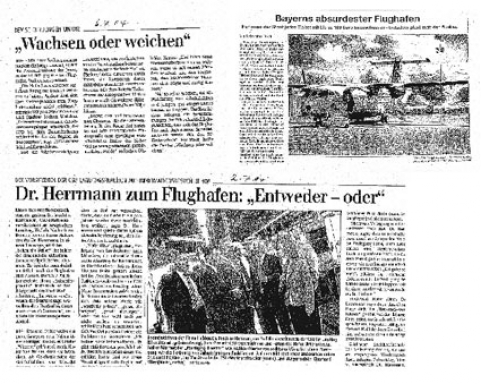 Newspaper copies from the archive of Warteraum 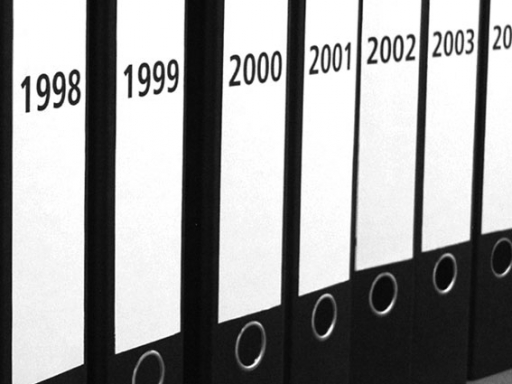